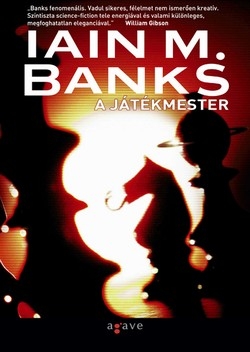 In The Player of Games, Ian M. Banks turns away from the usual run-of-the-mill, action-packed sci-fi stories to tell one with profound sociological implications that, in my opinion, diverges from his other works in that this one is ripe with social criticism.

Those who have read Banks novels beforehand will know that the author does not easily divulge information about the Culture itself. These drops of information are replaced in TPG by a thorough examination of the virtues of life in the Culture. While reading the books, I was already yearning for my cryogenetical freezing and eventual rebirth to see the blossoming of such a utopia.

The Culture is, indeed, perfection incarnate: no death, no diseases. The human mind can create mood-affecting drugs endogenically, humans, machines and every intelligent being can live together in peace and harmony upon the vast lands of freely terraformable artificial planets. Men, to while away their time, devise and play various games. In TPG, we follow the most famous and most successful of game-players at an, if not the most, exciting time of his life.

Gurgeh seeks new obstacles in game-playing, because he has bested most of the best with predictable efficiency. So the SC jumps in on this forlorn traveller and fortune-seeker to go on a playful mission to Azad. We only get to know this SC superficially, as it is a special, secret service of a think-tank and come what may, everything in the universe happens as they planned. But to get there, Gurgeh has to travel for more than five years. It is during this time that he has to learn to play, to discover every tactic in the most complicated game known to him.

The plot ups the pace as he lands on the planet Azad. It turns out that the SC was not entirely honest of truthful in briefing him on his mission. It is far more dangerous and difficult than what Gurgeh expeceted it to be. Matters get more complicated when he finds out that the game is only played by Azadians, who practice as long as seventy years before entering the game. It is not hard to fathom that they wouldn’t want an outlander to progress further in their game, let alone win it. As Gurgeh continues to win more and more games, some Azadians decide to take devious steps in order to mix up the odds, which result in many thrilling events, measures and counter-measures and a web of riveting intrigue.

However, Gurgeh has to fight both on the playing field and within the social reality of Azad that mirrors our own culture: reality shows with abundant blood, gore and mutilation, sadism, masochism, and every other ism that plagues our own world in a similar fashion to the Azadian situation.

In conclusion, the novel rocks. The plot is thick with thrills and chills, twists and turns, it grasps the reader and just won’t let go. It is an absolute page-turner. Even though I have only read two “Culture“ books prior to TPG, I find this book vastly more satisfying over the other two. Fans will adore this book, and even those who abhor sci-fi ought to give it a go.

By the same author:Look to Windward
The Player of Games