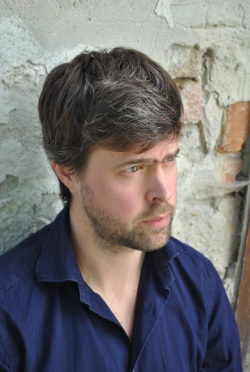 So far, he has four novels put to print, one of these, The Innocent, is available in Hungarian from 2014, but the main reason behind his popularity is probably the recently published All That Man Is – mainly because it reached the shortlist of the Man Booker Prize. The publication of his new novel is the apropo of our conversation with David Szalay. Interview by Dominik Szabó.

You were born in Canada, nowadays you live in Hungary, but you consider yourself to be British, yet The Innocent, your first novel published in Hungary, takes place in the Soviet Union. Is cultural diversity this extremely vital to you?

It’s not really matter of conscious decision. My family background – Hungarian father, Canadian mother, brought up in England – means that my perspective in the world is somewhat international. I don’t fit completely into any one nationality. I have traveled extensively since I was a child and have family members in several different countries. One thing this teaches you is that cultural diversity is relative – there are cultural differences between Britain and Hungary and Canada, for instance, but there are also similarities. I believe, for instance, that there is such a thing as a European culture (and please note, I’m not using European as a euphemism for “Christian” here).

As for “The Innocent”, that is something of an exception among my books – the others are all set in contemporary Europe, with London particularly prominent.

You mentioned in an interview that in order to create, you travel sometimes. Where do you usually go?

What do you sense from the current political situation of Hungary? What’s your take on it?

I’m afraid I don’t follow Hungarian politics that closely. In common with many countries, there seems to be something unbalanced about politics here at the moment – the weakness, even collapse, of centre-left parties across Europe, from the UK to Greece, seems to be a general contemporary phenomenon, and not a healthy one. I don’t say this because I would necessarily support such a party – it’s just that in any democracy it’s essential to have a plausible opposition. The most dangerous idea around at the moment, and not only in Hungary, is that it is somehow unpatriotic, even traitorous, to oppose the government. Take that idea to its logical conclusion and you have a one party state.

According to my knowledge, you visited Hungary with your family several times in the seventies. How big is the difference between that Hungary and the contemporary nation?

The difference is very big. I don’t remember that much about Hungary in the 70s and 80s – I was a child. I would say that the difference between England and Hungary felt much greater then that it does now; they were like different worlds then. In the last decade or two, I think that many aspects of life in Hungary have improved, and I sometimes feel that Hungarians underestimate the extent of that. Of course, much remains to be done, but I’m reasonably optimistic about the future for Hungary. 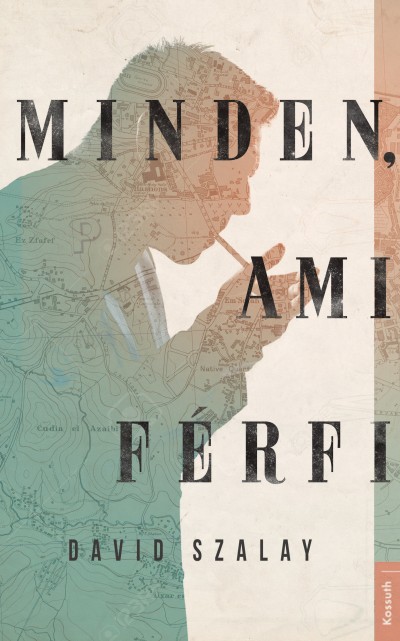 The title of your new volume is All That Man Is. What do you think, what’s like being a man in the 21st century?

That’s a very broad question! In fact my aim in writing the book was really to address the themes of transience, aging, time, mortality. To do that meaningfully, I felt the book had to be strongly rooted in contemporary reality. When I decided on the form of the book – nine sections, each about a man five to ten years older than the previous one – it was inevitable that the book would also be to some extent about masculinity and so on, but it wasn’t really my primary intention to write a book on that subject – and I certainly don’t have any particular thesis to advance on the question of masculinity.

You stated in an interview that masculinity is in a – for lack of a better word – crisis. Do you think that this process can be stopped? Does it need to?

Actually I didn’t really say that – it’s just that I have been asked many times whether I think that masculinity is in some sort of crisis, and my answer has generally been that, looking back at history, masculinity seems almost always to be in some kind of crisis. Much of the greatest European literature, from Homer to Shakespeare, Cervantes to DH Lawrence, seems to reflect this. It might be in the very nature of masculinity to be susceptible to a sense of crisis – to be fundamentally insecure. So when you ask whether “this process can be stopped”, I suppose my answer would be “probably not”.

Although the book’s main focus are men, yet it’s an extremely European volume. Is this your way of saying that Europe as a whole is facing some sort of a turning point?

Yes, I really wanted to write a book about Europe – a book that moved around the continent in the way that people now do. I think people probably move around within Europe more now that at any previous time in history. It really is a new and unprecedented thing, and a significant thing, and I thought it would be good and interesting to portray it in literature – literature still seems to exist largely within national boundaries. Of course, since I finished the book about two years ago, the political picture has changed somewhat. But I think that the fundamental dynamic will still be towards this great fluidity of movement – people are used to it now, it has become a way of life.

How do you imagine future Europe?

That’s a difficult question to answer at this point – ask me again in five years...

There are several short stories in this collection concerning fatherhood. How much of these were rooted in your own experiences? Since, as far as I know, you are a father of two…

Any book is a mixture of personal experience and secondary experience and imagination – and these things get so mixed up together in the process of writing that it’s actually almost impossible to separate them out later. None of the stories in the book are episodes from my own life – but at the same time my own experiences to some extent colour the whole thing.

Your book reached the shortlist of Man Booker. How much are you motivated by awards?

Awards are useful as publicity tools – being shortlisted for an award like the Man Booker has a very perceptible effect on book sales. So from that point of view it’s certainly desirable to be chosen. I wouldn’t say I was ‘motivated’ by awards though, any more than I am motivated by money – there are better and easier ways of making money than by writing novels.

What keeps you occupied these days? Can we expect a new book in the near future?

Unfortunately not in the near future – I have only recently started work on a new book and it will probably be a few years before it appears.