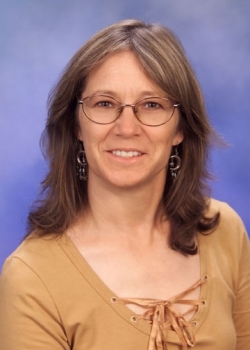 Apropos of the new Hungarian edition of Ship of Magic, we asked Robin Hobb about writing, about her published books and plans, and about her relations to the fantasy genre.

ekultura.hu: I would think most of your interviews start this way, but please don’t leave your Hungarian fans in doubt about this question: what are the origins of your pen name, and why did you need a pen name in the first place? Your first novels still appeared under your maiden name if I’m not mistaken...
Robin Hobb: My earliest works were published under M. Lindholm, with just my initial and my maiden name. With the publication of ’Bones for Dulath’ in AMAZONS! I began to use the byline Megan Lindholm. That was the first published story about Ki and Vandien, so of course the books that followed featured the same byline.   Subsequently, I wrote a number of fantasy books, and they ranged all over the genre. Wizard of the Pigeons was a contemporary urban fantasy set in Seattle. Reindeer People was a quasi-historical fantasy with shamanic magic. Alien Earth was science fiction. When I began to write the Farseer Trilogy, it was in yet another slice of the fantasy genre, often called Epic Fantasy.   It was decided that I would use a different pseudonym for these books, to set them apart from my other writing. So I chose Robin Hobb. Having a different by-line on the books helps readers to find the sort of books they are looking for.

ekultura.hu: How did you, a young woman from Alaska, become a writer?
Robin Hobb: Oh, I think I became a writer in the way that people all over the world become writers. I started writing. That’s the crucial element. It’s not publishing that makes you a writer, but the actual writing of stories.  I began trying to write stories when I was very young. In highschool, I wrote lots of poetry, filled many journals, and started a lot of stories. I didn’t finish them. As a young woman, I began to write for newspapers and for children’s magazines. I finally began to finish stories that I wrote, and send them in to magazines in the hopes of selling them. I sold my first story when I was 18. I sold my first novel when I was 30.

ekultura.hu: Your first stories were published in a children’s magazine, and then you soon started writing novels. When did it first strike you that you might be close to success and popularity?
Robin Hobb: Oh, how I wish it was ’soon’ that I started selling novels. My first story was published, as I mentioned above, when I was 18. I started writing for children in the erroneous belief that it was easier than writing for adults. It’s not. The writer has to work with a shorter word length and a more limited vocabulary. But I did write for kids, somewhat successfully, for years, selling stories to children’s magazines.. In my late twenties, I began writing fantasy for adults, first in the fanzines of the day, and eventually in the commercial magazines. At 30, I sold my first Megan Lindholm novel.
But I was 40 when I felt like I was finally reaching success via the Farseer Trilogy. So I served a long apprenticeship!

ekultura.hu: How do you like contemporary fantasy? Do you ever read fantasy novels, and do you keep up with the latest publications in the genre? Could you perhaps name some of your favorite authors?
Robin Hobb: I love contemporary fantasy; I think we are speaking about fantasy books with modern settings? I do not get as much time to read for pleasure as I used to, unfortunately. Much of my reading time is taken up with research. When I read for pleasure, I divide it between fantasy, mysteries and SF. I enjoy the magazines Asimov’s and The Magazine of Fantasy and Science Fiction, as I think there are many excellent writers in the short forms.  I also read novels, often at the suggestion of the publishers of new writers. Some of the writers that I’ve recently enjoyed include Helen Lowe, Blake Charlton, Joe Abercrombie, Peter Brett, Mark Lawrence, Myke Cole, Louise Marley, Lois McMasters Bujold, Vonda McIntyre, Fiona McIntosh and Richard Morgan. I have lots of old favorites such as Steven Brust, Roger Zelazny, Theodore Sturgeon, Jack Vance... well, really, the list is endless. I should send you a set of photos of my very untidy bookcases!

ekultura.hu: And what about more „classical” authors? Who are your favorites among them? Is there anyone who had a great influence on your work?
Robin Hobb: Oh, dear, I keep running these answers together, don’t I? Well, as you saw in the last question, Zelazny, Sturgeon and Vance are there. Anne McCaffrey. Fritz Leiber of course.  I still like Heinlein; I have several favorites among his work. But of course you know that I will name JRR Tolkien as being a lasting favorite and have a huge impact on my writing.

ekultura.hu: The majority of your books belong to the fantasy genre, but you wrote science fiction as well. Which genre do you prefer? In which of these two can you develop your ideas more?
Robin Hobb: I am strongest as a fantasy author. Science Fiction excites me and I enjoy reading it, but I don’t feel that I’m a strong writer there.  My ’what if’s’ get away from me, and I don’t stay within the realm of ’possible even if not plausible’ that (in my opinion) good sf demands.

ekultura.hu: How do you put your stories on paper? Are there any particular working conditions you prefer? If so, what are these?
Robin Hobb: I’ve never had the luxury of demanding certain settings before I can write. I can write anywhere. If I were trapped in an elevator for 8 hours with a notebook, I’d probably emerge with a short story! My most common setting is a very messy office with a demanding cat and a stream of grandchildren asking for money for the ice cream truck or help getting a soccer ball out of a tree. I write early in the morning or late at night, as life allows me to write.

But a lot of writing is not done at the keyboard, but while I am weeding a row of cabbages or sorting the laundry or sweeping the stairs. Writing happens in the head; then, when there is time, the fingers record what is already written in my mind.

If you trapped me in my office for six hours straight, I don’t think I’d produce any more text than in my current ’come and go’ style of writing. I need to walk away from the screen and think.

ekultura.hu: Most of your stories are set in different parts of the same universe, the Realm of the Elderlings. Could you tell me about the origins of this universe and how you built it up?
Robin Hobb: I would if I could! I think this world evolved as my characters traveled through it, and I think it still holds many surprises for me and the reader. One of the things I’ve loved playing with in this world is that there are different levels of civlization in different parts of it. Some parts of the world are choked off from frequent trade by difficult waters and storms, or by ongoing wars or piracy. So, just as in our world, the levels of ’sophistication’ vary widely depending on how much interaction there is. Just as we have bow hunters in the rain forests of South America, and I-pad users in England, so I suspect there are wide variations in technical progress in different areas of the Realms of the Elderlings. I’m discovering it alongside the readers.

ekultura.hu: So far the Farseer Trilogy and the first book of the Liveship Traders series have been published in Hungarian. In these novels we find a world not particularly abundant with magic, which goes against the usual trends in fantasy universes. What’s the reason for the relative lack of magic in these books?
Robin Hobb: My theory is that when magic becomes common, it’s not magic any more. We are only dazzled by skills that are rare. We will gather to watch Olympic athletes perform skills far beyond the reach of this ordinary mortal. We adulate opera singers and ballet dancers and physics professors because they have a special ’magical’ ability that most of us, even with great dedication, could not achieve. So, for magic to remain magical, I think it must be rare.

Think about common stick matches. How magical would it seem to you that I could strike a match and have a flame if you had never seen one before? But when magic works every time, predictably, then it becomes technology. If carrying a rabbit’s foot in your pocket actually brought you good luck every day, we’d all have one and we’d each buy a lottery ticket each day! We’d simply accept it as science, a proven effect that was repeatable each time the criteria was met.

ekultura.hu: City of Dragons was published a couple of months ago, and the last book of the Rain Wilds Chronicles is planned for March 2013. Do you already have any other plans for the following years?
Robin Hobb: I do and I’m working on something. But I’ve found that if I talk about a story idea too much, I talk it to death, and then I’m bored when I actually get to work on it. So for now I’ll only say that, yes, I’m still writing and eventually there will be a new book!

ekultura.hu: In your preface to the Hungarian edition of Ship of Magic you mention your collaboration with the translator, Norbert Horváth. Could you tell me about this partnership?
Robin Hobb: My translators are very important people to me. I speak and read only English, a handicap that many Americans share on our isolated continent. As a result, there is a strong element of trust between myself and my publishers that they will recruit and retain excellent translators. I know by the letters I receive from readers of translated books whether the translators have done a good job or not. Over the years, I have become e-mail friends with many of my translators. Some of those friendships are decades old now! By and large, I have found them to be very dedicated servants of language, who ask questions that help them select the right word for special passages. Poems within a story, and puns present special challenges for translators. I owe a huge debt to all my translators; I’ve very much enjoyed my association with Norbert Horvath.

ekultura.hu: How do you relate to your fans in general? Do you often correspond with them?
Robin Hobb: I enjoy interacting with my readers, and I do receive a fair amount of email. I try to answer as many as I can. I am also active on Facebook, myspace, LiveJournal and of course on my website at robinhobb.com so there is a lot of reaching out to readers. I cannot answer every note or comment I receive; I wish I could, but if I did, I would have to give up writing stories just to stay in contact with my readers. I think the readers would rather have a new book than a note from me.

ekultura.hu: Finally, would you like to impart some message to your Hungarian readers?
Robin Hobb: Thank you for being readers. And I wish to acknowledge that a great deal of any enjoyment you experience from my stories is due to the work of Norbert Horvath, who renders them into excellent Hungarian!