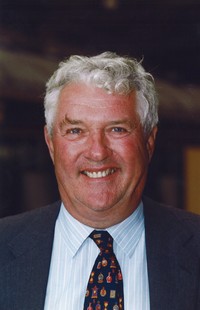 We are celebrating the 120th anniversary of Agatha Christie’s birth this year. Countless reissues, new translations, special events and books about the writer and her work are on offer to the fans, whose number does not seem to be declining with time. To commemorate the occasion, we have asked the famous writer’s grandson about Agatha Christie.

ekultura.hu Agatha Christie is said to have esteemed only two things in life: her work and her family. To what extent did she manage to find a balance between these two most important aspects of her life?
Mathew prichard A very organized yearly schedule, with times for writing, archeology, and family life very regularly carried out, and complete dedication to these three passions of her life, together with music, reading and eating.

ekultura.hu It is well known that she did not care much about critics and reviews. Was she interested in her relatives’ opinion? Did she talk about the books she was working on before submitting the manuscript to the publisher?
Mathew prichard She occasionally read us her new work but I can never remember her genuinely asking for our opinion! She actually cared about the quality of her books but considered that her job, not ours.

ekultura.hu Agatha Christie is known to have been proud of her cakes. Are her recipes a part of the family tradition? How often do you make these cakes?
Mathew prichard She loved food, rarely had time for cooking and I never make cakes – I am diabetic!

ekultura.hu What is your most cherished memory of your grandmother?
Mathew prichard Sitting underneath a rug on Dartmoor, chewing an apple and reading a book.

ekultura.hu Not many people can boast of having been given a play for their eighth birthday. Was Agatha Christie always so generous towards her family?
Mathew prichard Yes, and to charity. Generous not only with money, but with her time and her interest – the last was the most important.

ekultura.hu In 2003, a forgotten play (The Secret of Chimneys) then, in 2009, some Poirot short stories have been unearthed. Do you consider it likely that other unknown works by her will be found in the future?
Mathew prichard No

ekultura.hu I have heard that in 2000 Agatha Christie’s house in Devon was bequeathed to the National Trust. Has the place become a popular destination with fans?
Mathew prichard Yes – 99,000 people visited Greenway in 2009 and 87,000 in 2010.

ekultura.hu Being the chairman of Agatha Christie Limited, do you have a say in what way stories are adapted? For instance, do you have a say in who plays Hercule Poirot or to what extent adaptations can alter the original story?
Mathew prichard Yes, though mine is one voice amongst many. I think David Suchet is a wonderful and well established Poirot. I think the most important part of adaptations is that they vary and offer something to a very diverse band of Christie Fans.

ekultura.hu It is a well known fact that the music industry cannot cope with illegal downloads and pirating. What about book publishing? Are there many pirated editions? Do you see e-publishing and e-books as a future solution?
Mathew prichard Literary pirates do exist, but not to the extent of music pirates. I think e books are at the same time an opportunity and a challenge (e.g. how do you preserve the feeling of ownership and the physical presence of a book?).

ekultura.hu So many famous and not so famous people have been immortalized in biographical movies. When can we expect a fact-based film about Agatha Christie which accurately depicts the events of her life?
Mathew prichard In the not too distant future!

ekultura.hu I was surprised to read that one of the episodes of Doctor Who (The Unicorn and the Wasp) is about an occurrence in Agatha Christie’s life. Whose idea was this, and what did you think of its realization?
Mathew prichard The BBC! I thought it was brilliant and very respectful and thoughtful about her.

ekultura.hu Agatha Christie’s life’s work has become part of our everyday lives, since her stories have been made into films, computer games, anime series, and so on. Have you seen the comic book series by Euro Comics India (François Riviere and co.)? If you have, what did you think of them?
Mathew prichard No (sorry!)

ekultura.hu The latest biography by Jared Cade was published this year in Hungary. Could you tell a few words about how the book came to be?
Mathew prichard Not one of my favourite books, I am afraid.

ekultura.hu How comprehensive do you consider Agatha Christie and the Eleven Missing Days to be?
Mathew prichard Not at all comprehensive.

ekultura.hu What in your opinion accounts for the fact that none of Agatha Christie’s fellow crime writers have been able to become as popular as she is.
Mathew prichard She had a unique intuition about what people enjoyed, a brilliant sense of mystery and plot and her characters still live today. Also, some facets of her own character, modesty, sense of fun and tolerance for instance, appear in her books. Finally, she was a genius!